The Role of Microbial Metabolites in the Etiology of Colon Cancer 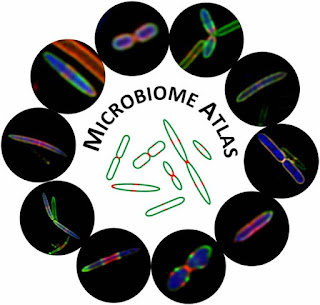 This growing evidence involving the role of pathogens in the etiology of various cancers has led to numerous studies that look at a possible role of enteric microorganisms that naturally inhabit the human gut in the etiology of colon cancer.  The result of this kind of investigation has revealed that so-called genotoxic gut bacteria, whose metabolic product(s) can damage or mutate human DNA, may well be drivers of colorectal cancer (CRC) parthenogenesis.

Moreover, it has been recently reported in the prestigious journal, Science, by Dr. Cao and his colleagues that patients presenting with inflammatory bowel disease (IBD) – a condition that can lead to CRC – show the evidence of  diverse populations of  bacterial strains that can exert genotoxic activity.

In this study, a particular bacterium, Monganella morganii, proved pf particular interest.  This organism is a Gramnegative bacterium that was discovered as an enriched population among individuals suffering from IBD and CRC.  The organisms of this type was identified as belonging to a class of bacteria that produce indolimines.  This is of special importance since indolimines have been found to promote tumor growth in mice.

In addition to these findings, “Among the most well-described genotoxic bacteria are enterotoxigenic Bacteroides fragilis (ETBF) (3) that produce Bacteroides fragilis toxin (BFT), strains of Escherichia coli or other bacteria that produce colibactin (4), and Campylobacter jejuni strains that express cytolethal distending toxin (CDT) (5). The DNA-damaging properties of these strains and their toxins vary considerably, ranging from alkylating DNA interstrand cross-links for colibactin to deoxyribonuclease (DNase) activity for CDT (1, 4, 5). Intriguingly, ETBF and E. coli producing colibactin have been linked to IBD and CRC development using in vitro and in vivo models.”

The contribution of Dr. Chao and his colleagues made as cited in their study was the successful elucidation and characterization of the existence of some 18 strains of strains of enteric bacteria that actively produce genotoxins out of the 122 strains that were isolated for examination.

In the final analysis, the correlation between genotoxins found in the gut and the onset of IBD and CRC is of immense value and points to an avenue for future studies that may be of profound importance in regard to the ultimate prevention and treatment of these diseases.

Posted by Joseph Aprile at 2:43 PM No comments: