The term Global Warming that is often associated with the cumulative impact of the buildup of greenhouse gases in the atmosphere does not accurately describe the nature of the consequences of this change in climatic conditions arising from human activity.  The more appropriate term is Climate Change.  The reason for this distinction is that the near term effect of this phenomenon is not necessarily warming on all parts of the globe.  However, dramatic changes in climate including temperature are predictable within this model.
Our first order of business is to examine the science that is the underpinnings of Global Warming.  This necessitates an examination of the earth’s atmosphere.  The major components of the Earth’s Atmosphere are shown in the following table.

Table 1 – Major constituents of the earth’s atmosphere are reported in percentage and parts per million (ppm) where * indicates the greenhouse gases. 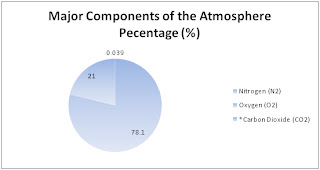 Chart 1 – Pie chart showing distribution of major components in the atmosphere and the greenhouse gases (*)
The current level of CO2 in the atmosphere is 390ppm (as shown below in Chart 2).  CO2 is a by-product of respiration of all living things on the planet.  However, this is normally balanced by the uptake of CO2 by the world’s oceans and by green plants that are capable of photosynthesis – these interactions are collectively referred to as the carbon cycle.  In this regard, CO2 is the carbon source for all of life.
Human activity since the dawn of the machine and the use of oil (hydrocarbon) as a cheap and plentiful source of energy has resulted in a continuous upward climb of this gas in the atmosphere.  The reason for this is that when fossil fuels are burned for energy, the by-products are CO2 and water.
The following chart shows the increase in the concentration of CO2 in the atmosphere over time. 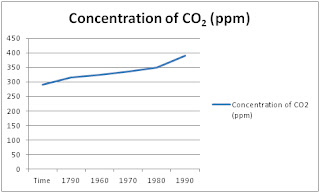 Chart 2 – Concentration of CO2 in the Atmosphere over Time where 1790 represents the beginning of the industrial age – the steam engine was invented in 1775.

The following chart shows these values as a change in percentage of CO2 per year. 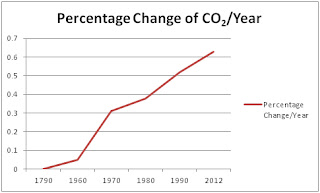 Chart 3 – Change in Percentage of CO2 per Year.

As can clearly be seen from this representation, the increase of CO2 in recent times correlates well with the introduction of industrialization to human societies.   This change might not seem dramatic, but a doubling of the concentration of CO2 from pre-industrial levels is expected to increase the average global temperature by 2.5 degrees C.  From the data shown in Chart 3 it can be estimated that if the current rate of increase remains constant (0.63%/year) this doubling would be reached in approximately 100 years.  This is an extremely significant increase with horrendous implications for the earth’s climate.  Given the current political and economic situation throughout the world, it is unlikely that this increase in the rate of CO2 accumulation will remain static; unless more sustainable sources of energy are actively pursued.  In addition, even if the human production of this gas were to halt today, it would take a few hundred years for the current levels to decrease significantly.
CO2 is referred to as a greenhouse gas based on its molecular structure.  This gas has the ability to absorb heat and retain it much like the glass of a greenhouse allows heat from sunlight to pass freely through it from the outside but prevents some of it from leaving.  Therefore, some of the heat that would normally be reflected back from the earth’s surface and dissipate into space is retained.  The net effect is a general increase in temperature at the lower part of the atmosphere.  The science regarding this property of CO2 is irrefutable.   CO2 is not the only greenhouse gas in the atmosphere; the others as Table 1 demonstrates are water vapor, methane, nitrous oxide and chlorofluorohydrocarbons (CFC).  Increases in CO2, methane and CFC - synthetic compounds that used to be used widely in refrigerants - are a direct consequence of human activity; whereas, the amount of water vapor in the air is not.
There are predominantly two different processes through which heat is transferred throughout the atmosphere.  One is through radiant energy as mentioned earlier and the other is through what is referred to as convection.  In this process as air is heated near the surface of the earth it rises as it becomes less dense and is replaced by the colder and denser air from above.   This process is continuous with the net effect of transferring heat from the surface to higher reaches of the atmosphere.   It is the greenhouse gases that trap some of the heat, effectively warming the air in the lower atmosphere.
The planet Venus is a striking example of the ultimate impact of CO2 on temperature.   Scientific probes of the planet have shown that it has an atmosphere very high in CO2, a dense cloud cover and a surface temperature of over 500 degrees C.  Although Venus is considerably closer to the sun than the earth, the thick and nearly impermeable cloud cover would be expected to cool the planet considerably.  However, the exceedingly high concentration of CO2 in the Venetian atmosphere would explain most the heat trapped at the planet’s surface.
There are additional processes contributing to climate change that are important to consider in addition to the direct greenhouse effect.  These are:
·         The impact that increased CO2 concentrations has on the oceans including increasing ocean temperature.  This gas dissolves to some extent in water and increased concentrations of dissolved CO2 increases the acidity of the oceans.  This has a significant impact on marine life and ocean-based ecological systems.
·         Increased surface temperature in the northern climes can lead to the enhanced release of methane into the atmosphere from melting permafrost.  Methane is not only a potent greenhouse gas, it also possesses toxic properties.
·         An increase in the frequency and intensity of extreme weather conditions.
·         Increased melting of land-based ice in the form of glaciers and especially in regards to Iceland and Antarctica.  This can have powerful implications in regards to sea-level rise.  As a matter of fact, it has been estimated that should all of Greenland’s ice melt, it would cause a rise of sea level by about twenty-five feet.
Climate change is a very real phenomenon and, in my opinion, is the greatest challenge faced by all of humanity.  The manner in which this issue is addressed will have serious repercussions for the future of the human race.
Posted by Joseph Aprile at 11:53 PM