Origin of Life on Planet Earth

A question that has plagued scientists for a long time is centered around the question as to how life began on planet earth.  It is well known that life is found even under the most inhospitable conditions – a stunning example of this is that life exists within the deep sea hydrothermal vents that are found on the ocean floor.  In addition, microorganisms such as Hormoconis resinae contaminate jet fuel – using this hydrocarbon source as a vital nutrient – and are known to cause corrosion in the tanks that hold this fuel.

Therefore, it can be reasonably postulated that simple life forms could thrive in the harsh conditions of prebiotic earth when oxygen was not present within the atmosphere at that time.  But the question remains as to how did life begin – what was the process by which self-sustaining living organisms were formed from rudimentary compounds.

It has been shown that in an artificial environment created in the laboratory  in which an atmospheric environment was created to simulate the conditions believed to have existed in the prebiotic world, the addition of an energy source – such as lightening – produced rudimentary organic compounds found in living cells.  These experiments were conducted in the 1950's, by the biochemists Stanley Miller and Harold Urey.  These results are only suggestive evidence that organic compounds could have been created spontaneously in the early-earth environment.  It is, of course, far from the complete story.

Since DNA and RNA are fundamental ingredients to all of life as we know it and capable of self-replication, a key step in the evolution of life would be the conversion of simple organic compounds to purines that are some of the important building blocks for both DNA and RNA and for the synthesis of Adenosine Triphosphate (ATP) – the molecule that is responsible for trapping energy derived from metabolism for all of life.

Furthermore, the preponderance of evidence now suggests that RNA may have preceded DNA as the repository of genetic information capable of self-replication.  Certain forms of RNA also demonstrate catalytic properties (ribozymes) that are essential to sustain life.  Of course, contemporary advanced cell structure uses a host of enzymes to accomplish essential catalytic functions.
RNA is made of four different nucleobases  -two pyrimidines – cytosine and uracil – and two purines adenine and guanine.  Previous work done by John D. Sutherland from the School of Chemistry, University of Manchester, UK has shown a plausible synthetic route to pyrimidines in an abiotic environment.  But the route to purines has been more elusive. 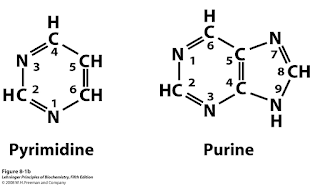 Recent work by T. Carell from the Department of Chemistry, Ludwig-Maximilians University Munich, Germany and fellow investigators has recently demonstrated a mechanism that could account for spontaneous creation of purines from simpler compounds readily available within the natural environment of early earth.  The pathway involves the spontaneous synthesis of aminopyrimidines from hydrogen, cyanide and water – compounds readily available in the early earth environment.  Although aminopyrimidines can produce a wide range of synthetic products, in an environment of formic acid, the predominant product is formamidopyrimidine (FaPy) known to readily produce purines.  Furthermore, formic acid has been shown to be present in comets that collided frequently with earth during the early stages of its evolution. 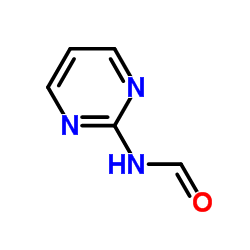 Although this work is very significant, it does not explain how purines and pyrimidines would lead to the creation of more complex and sophisticated RNA molecules.  Nor does it shed any real light on the requisite formation of a cellular environment for biosynthetic reactions so necessary for the containment and sustenance of life processes.
Posted by Joseph Aprile at 7:23 AM