One of the suspected and postulated origins of COVID-19 virus in human populations is the transfer of the virus across the species barrier i.e. from bats. This capacity to “jump” across species is of added concern given the severity of illness originating from human infection by a family of viruses referred to as filoviruses. A filovirus is a filamentous RNA virus (see image below). 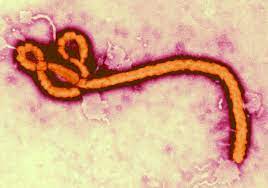 Infection by this virus is the causative agent of so-called “hemorrhagic fevers” in humans and primates, that includes the Ebola and Marburg viruses. These viruses can result in multiple organ system involvement. The Marburg virus, for example, can produce nausea, vomiting, chest pain, a sore throat, abdominal pain, and diarrhea may appear. Symptoms become increasingly severe and can include jaundice, inflammation of the pancreas, severe weight loss, delirium, shock, liver failure, massive hemorrhaging, and multi-organ dysfunction. These diseases are most prevalent in sub-Saharan Africa. 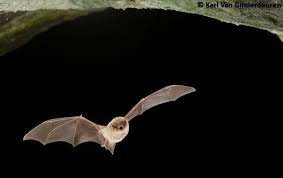 In 2002, the Lloviu filovirus was found in Schreiber bats (Miniopterus schreibersii) in northern Spain. This infection resulted in a massive die-off of these animals. Gabor Kemenesi and his colleagues from the National Laboratory of Virology at Szentagothai Research Center at the University of Pecs, Hungary successfully isolated and sequenced the Lloviu filovirus from Schreiber bats in Hungary. During a active surveillance of these bats, they found the Lloviu virus resident in these dead and living cave-dwelling bats.

Furthermore, antibody testing detected nine seropositive bats out of 74 live bats and four positives among 351 live bats sampled. The Lloviu virus is known to infect human cells in culture, but unlike the Ebola virus appears to be nonpathogenic to humans, at least for the time being.
Posted by Joseph Aprile at 7:47 AM